Bring your XenForo forum to WordPress.

As a result, Scorsese tried something completely different.

His next movie was New York, New York, a musical with a light-hearted tone (as opposed to the dark, high-concept Taxi Driver).

It was also a huge flop  – critically and commercially.

Severely depressed and unsure of himself, Scorsese delved further into a drug addiction that started after Taxi Driver’s “failure.”

He OD’ed and ended up in the hospital.

Robert De Niro, famous actor and close friend of Scorsese, visited him in the hospital and told him to make another movie.

De Niro knew getting back to work would help Scorsese. Plus, he had the perfect movie pitch…

De Niro told Scorsese to cover the real-life story of boxer, Jake LaMotta. LaMotta was widely successful in the ring but lost everything due to his self-destructive tendencies.

Robert De Niro pitched this story to Scorsese multiple times in the past, but the director wasn’t interested. Scorsese was previously confused as to why De Niro insisted on telling this seemingly forgotten, insignificant story.

Scorsese decided to make one last movie. Revitalized, he put his heart and soul into making it a masterpiece – a last hurrah before retirement.

This movie became Raging Bull. It’s now considered one of the best movies of all time.

Does that put your own “failure” in perspective?

Everyone falls — even the greats.

But only a select few choose to get back up .

How to Pick Yourself Up When Tragedy Strikes — My Experience

As I type this, it seems as if my body is failing.

Multiple joint hurt, my stomach cramps, and even swallowing is painful.

I have so much inflammation, I can hardly hear. Both of my ears are swollen shut.

I almost fell over when standing up after a recent long Zoom meeting. My leg muscles were too weak and inflamed to support my body.

I’m in a severe Crohn’s flair that started about 6 months ago. It has resulted in 2 emergency surgeries.

As a result, I’ve hardly worked. My freelance business is struggling — right when huge medical bills pile up.

At my lowest, I started to wonder if I would ever work again — let alone run a successful business.

Like Scorsese in the hospital, I hit rock bottom.

For a while, I stayed in bed and did almost nothing.

But, also like Scorsese, I decided to pick myself up and give it my all.

I’m still sick and in pain, but now I’m pushing past it. I refuse to let it define my existence.

Yeah, I’m not where I want to be. I’ve mostly worked from bed, and I’m probably 1/6th as productive as 6 months ago.

It’s not easy, it’s not pretty, and I still suffer a lot.

But man is fighting back worth it.

The feeling you get when you make a conscious decision to “get off the ropes” is worth more than even the greatest success.

You gain self respect – feel it in your belly.

And, eventually, your luck will change.

You will make a comeback. Every entrepreneur fails sometimes.

So, if you’re feeling low and hopeless, let me remind you of a simple piece of advice:

Get back in the game, and play your heart out.

Maybe you have a masterpiece, a Raging Bull, within you.

And the pain, the failure, and the fear will be its’ catalyst.

You don’t know until you try.

Fight Back With All Your Strength

Raging Bull is a portrait of the same destructive tendencies that landed him in the hospital, but Scorsese decided to be the opposite of Jake LaMotta.

He stopped feeling sorry for himself, quit the drugs, and put his soul into a “final film” that led him back to a path of glory.

After Raging Bull, Scorsese made numerous amazing films like Goodfellas, The Departed, and The Wolf of Wall Street.

He’s now one of the most celebrated directors of all time.

To think, his career could have ended with New York, New York — widely considered one of his worst films. We would miss out on many incredible works of art.

See what can happen when you push past the hard times?

When you hit a low point, you can give into sorrow…

You can self-destruct, lose your confidence, and, eventually, give up entirely.

Or, you can do the opposite.

You can transform “failure” into radical success.

Each failure will push you closer towards your masterpiece — if you possess the right mindset.

So, get off the ropes.

Fight back with the mindset of a warrior.

Jake O’Callaghan is a full-time freelance writer and digital entrepreneur. He has used Marketer's Delight exclusively on all his websites for over 4 years. Need a writer that will get results for your business?

Previous Post: One Simple Question To Transform Your Business (And Life) 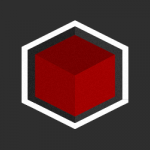 An upcoming MD drop-in, the way a table of contents should be! Coming soon to websites built by Marketers Delight.

Throw out the manual

The typography and layout of settings panels have always been my favorite parts of a project to design. One of... read more

Marketers Delight 5.4.2 comes with a lot of incremental changes, including a re-organization of the Optimize WP options group in... read more

Woocommerce + Usergroups - worked and then didn't...